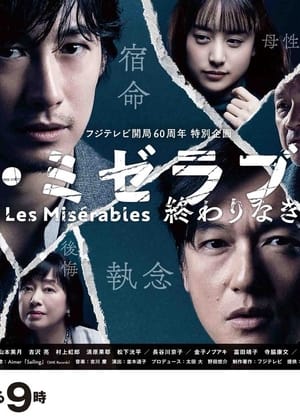 This feature drama, produced to celebrate the 60th anniversary of Fuji TV, is an adaptation of Victor Hugo's classic masterpiece Les Miserables set in the 1990s in Japan. In Kobe in 1993, Jun Baba gets taken to a juvenile prison due to a killing of a man who cheated his mother out of all her money in self-defense. One day, he hears that his younger brother, who has been desperately ill, is in a critical condition and breaks out. However, he finds out his brother is already dead. In the depth of despair, he tries to kill himself but is saved by a man who runs a self-support facility. He begins to live at the place, and befriends with Takumi Watanabe aspiring to be a lawyer. In 1995, the Great Hanshin-Awaji Earthquake hits and their friendship comes to an end. Crushed under the debris, Takumi persuades Jun to live his life instead. Jun swears to live on assuming Takumi's identity.